Italian Aerospace Network (IAN) attended for its second time SubCon Thailand, held from May 17th to 20th at BITEC, Bangkok, Thailand. Organized by Thailand Board of Investment (BOI), SubCon Thailand is the largest international subcontracting event in the country and in the whole ASEAN region, attracting industry players from all over the World. IAN visits […]

Corriere della Sera; Dal Piemonte alla Cina (From Piemonte to China) “Italian Aerospace Network has been one of the promoters of the bilateral agreement between Italy and China in the Aerospace.”   First Link Second Link       Corriere della Sera; Il Bello dell’Italia e della ricerca a Torino (The Italian excellences met in […] 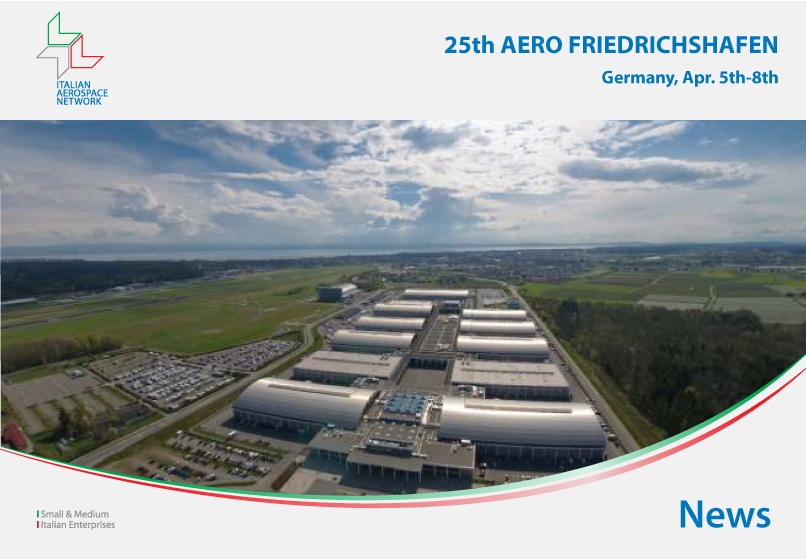 Magni Gyro, Member of Italian Aerospace Network, attends the 25th AERO Friedrichshafen, from April 5th to 8th 2017, in Germany, one of the leading global event for General Aviation. AERO Friedrichshafen first began with some exhibitors from the aviation sector who presented gliders and motor gliders as part of the motorsports exhibition. Numerous exhibitors kept faith to […]

In partnership with Galleon Shanghai Co. Ltd., Italian Aerospace Network (IAN) is glad to welcome you to take part to the next ‘Civil Avionics International Forum 2017′, which will be held in Shanghai on April 18th and 19th 2017. Data show that China will need some 6.810 new aircraft over the next 20 years, for […]

Italian Aerospace Network (IAN) has attended the 4th Business Forum Italy-China, which is the most important bi-lateral event organized annually in Italy and in China since 2014.   The 2017 Business Forum Edition, held in Beijing, was organized to celebrate the high-level meeting between Italy’s Republic President Sergio Mattarella and PRC President Xi Jingping.   […]

IAN’s engines are turned on and ready to take off together with the 11th China AirShow, which is about to celebrate its 20 years anniversary, in Zhuhai, Guangdong Province, China. On October 31st 2016 IAN attended the China International Aviation & Aerospace Forum, organized by the State Administration of Science, Technology and Industry for National […]

Italy, Guest Country of Honor of the 19th edition of CIFIT, exhibits its excellencies at the Italian Pavillion in the fields of aviation and aerospace technologies, healthcare, automotive, environmental protection, urban planning development, food & beverage and tourism. Among the joint activities coordinated by the Embassy of Italy, the Italian Trade Commission and the China-Italy […]