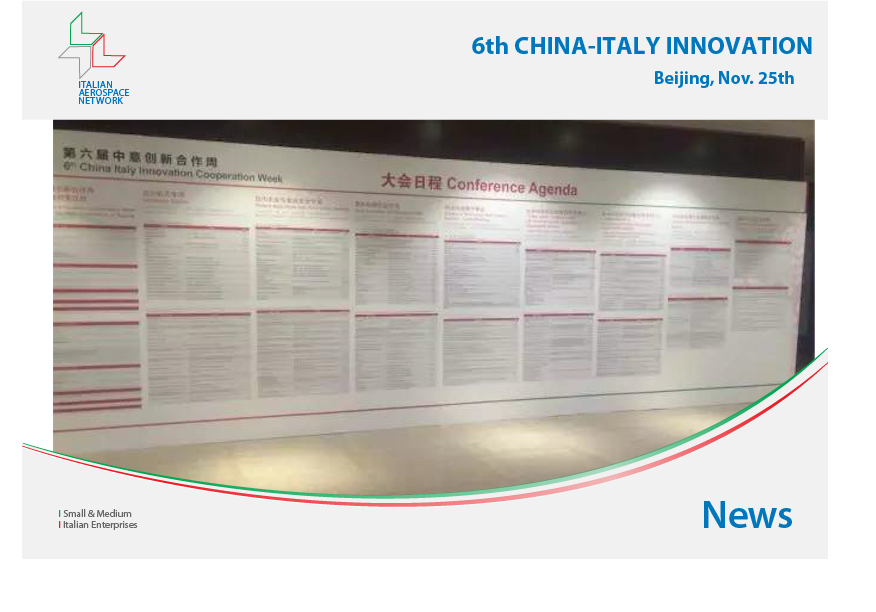 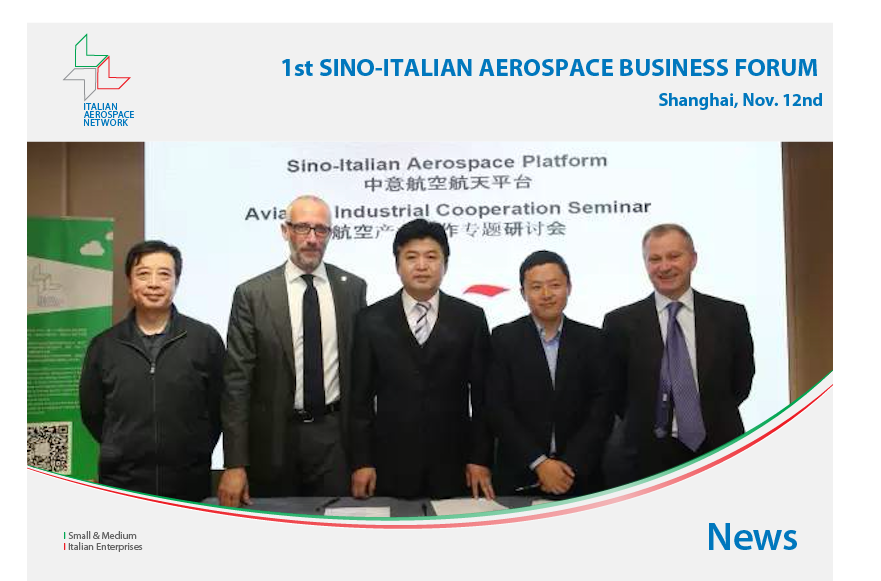 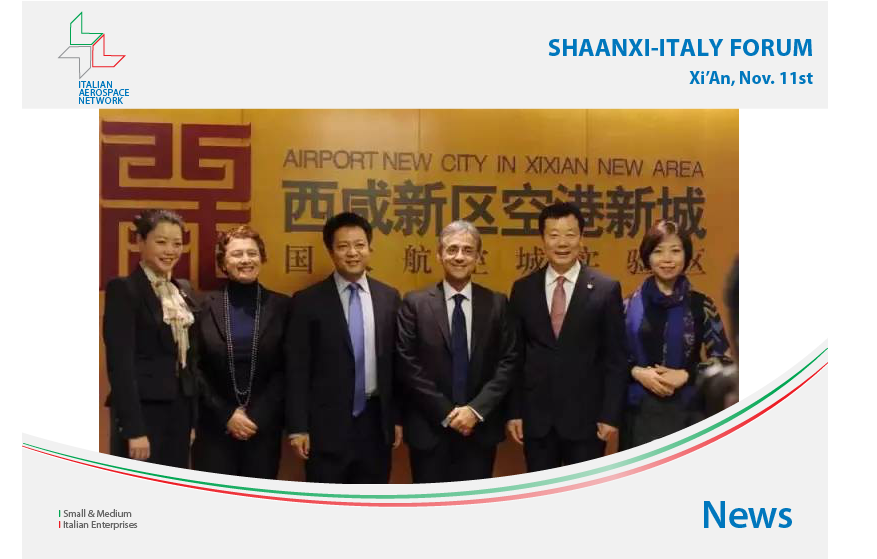 On November10th and 11th 2015 the Italian Aerospace Network co-organized the Shaanxi-ItalyForum, lead by the Embassy of Italy to the People’s Republic of China, and greatly supported by the China-Italy Chamber of Commerce and hosted by ShaanxiXixian Airport New City, Xi’an.   ShaanxiProvince and Italy have many common points and they are the key points […]

Italian Aerospace Network warmly welcomed a delegation of ANC (Airport New City – Xian Xixian) to Italy on November the 2nd 2015.   ANC trips to Italy aims at strengthening the bi-lateral commercial and economic relationship between Italy and China, signed by the Prime Minister Matteo Renzi and Premier Li Keqiang in Beijing in June […]

Officially organized by AVIC CanNews and Oppland Corporation, the 2nd CCHS 2015 took place in Beijing on June 30th and July 1st 2015. Among the 12 Italian Members formally part of IAN, the targeted focus aimed at presenting to the Chinese selected guests 5 specific business proposals: Research and development of training devices for the […]

Italy gets on board of the Chinese General Aviation Industry

With the great support and coordination of the Chinese Central Government the CAAC, the General Aviation is set to become the world’s largest industry by 2025.   The new policies and opening reforms already allow the low-altitude flights below 1000 m. in several Chinese areas. Figures and official estimations state that in 1999 the total […]

Italian Aerospace Network warmly welcomed a delegation of AVIC (Aviation Industry of China) Enterprises to Italy from June 17th to June 22nd 2015. AVIC trips to Italy aims at strengthening the bi-lateral commercial and economic relationship between Italy and China, signed by the Prime Minister Matteo Renzi and Premier Li Keqiang in Beijing in June […]

WHAT IS IT? After the development of the Sino-Italian Aerospace Platform as a working platform for Italian and Chinese enterprises we are starting now to get into the details of the cooperation program that was officially signed by Premier Li Keqiang and Prime Minister Matteo Renzo in Beijing last June 2014. One of the most […]