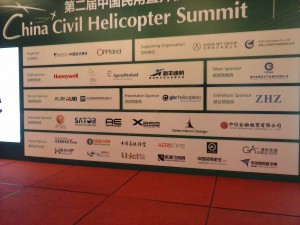 Among the 12 Italian Members formally part of IAN, the targeted focus aimed at presenting to the Chinese selected guests 5 specific business proposals:

Through its participation to CCHS 2015, Italian Aerospace Network attracted great interest from the main players of the Chinese growing helicopter industry, that according to the Central Government is going to need over 11.000 new helicopters and 2.400 general aviation airports/heliports in the next 10 years.

Over 200 selected guests attended CCHS 2015 in Beijing and discussed with IAN Members about current and future projects.

As strategic market advantage IAN keeps working on a daily basis therefore it successfully grows and nurtures relationships before, during and after specific events, conferences, forums, etc.

It is important for IAN to provide efficiency for the Italian and Chinese parties involved in the bi-lateral relationships in terms of technical, sales and after-sales support.