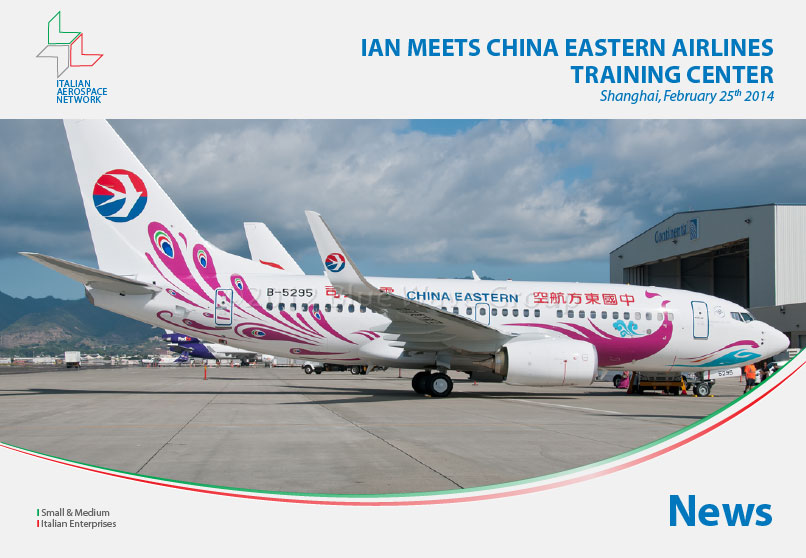 China Eastern Airlines (CEA) is one of the major Chinese airlines companies. It carried over 80 million passengers in 2013 with an average load of 75%. CEA owns over 400 aircrafts, whose majority is represented by Airbus type. China Eastern Airlines has a strong presence on routes in Asia, North America and Australia. The airline looks to exploit the domestic market potential as it boosts flight frequencies from Shanghai to other Chinese cities. The airline is also accelerating the pace of international expansion by increasing flight frequencies to international destinations. CEA operates a Shanghai-Rome flight as well.

The Training Center of CEA is one of the most important in the world by size dimension, number of pilots trained, number of license issued, revenues and turnover.

During the meeting between IAN and China Eastern Airlines – Training Center, the two parties discussed over how to improve the training to be delivered to the trainees pilots through the support of member companies of IAN.